Last Sunday, November 3rd, together with my friends Juan, Manuel and my brother Jaime, I took part in the Porto marathon, with nearly 4,000 runners registered. 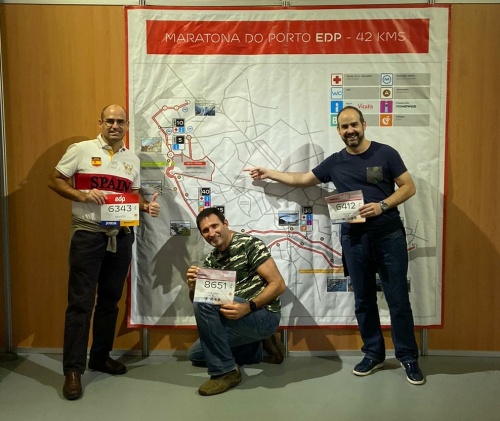 The four of us subscribed to the marathon following our series of marathons abroad (to combine tourism with long distance running) that has taken us to run together in Roma, Athens, Rotterdam, Sevilla, Madrid, Millau, Lisboa, Vienna, Krakow and now Porto.

As with the previous marathons in the past two years, I arrived to Porto short of training, with just 427 km in the legs (in the previous 16 weeks), a new minimum and some 30 km less than for Krakow and 20 less than for Vienna, a solid between 200 and 300 km less than when I have closely followed the training plans in the past years. As you can see below, I found myself at 6 weeks before the race without having consistently trained for two weeks in a row and about 10-12 kg overweight, and then I put myself to the business of mitigating the damage. The same story than for the previous two marathons. 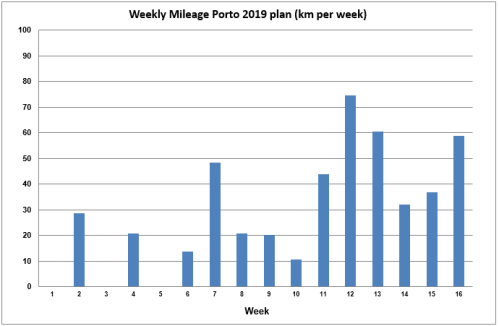 In those last weeks of the plan I averaged 50 km per week, but I only did a couple of long runs while running some trail races (of 24 and 26 km) and did only complete 2 series sessions the week before the marathon. Meanwhile, I lost some 4 kg (but still at 89 kg) and arrived with the confidence of being able to finish it even if the final time was uncertain. 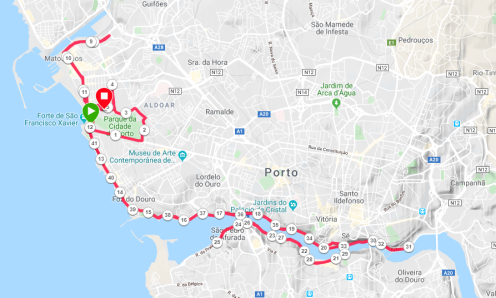 The profile was nearly flat with a few short climbs. The race started at a park close to Matosinhos village and then goes towards Porto by the road following the coast with great views of the waves breaking at the shore. Once in Porto the marathon goes back and forth on both sides of the river, to later come back to the same park. Before the race I thought I would not like the passing many times over the same places but it helped to mentally break the race into pieces. 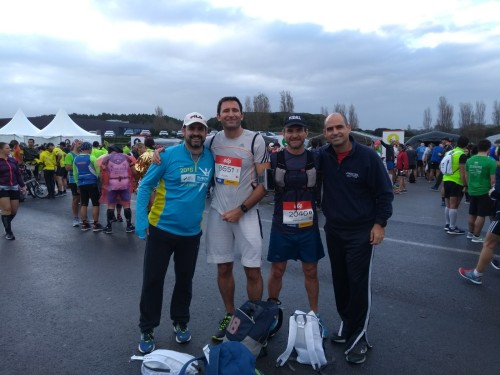 The temperature was fresh, the sky was mostly covered and it could rain but did it only for a few minutes. My strategy was to start with the 4h15′ pacers until I could not keep up with them, hoping to come with them until the km 30 and then see. 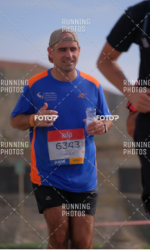 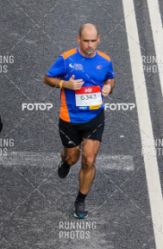 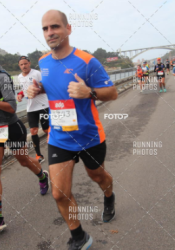 With just 4,000 runners taking part in the race, we could easily run after the first kilometre and I quickly caught the pacers. Then, I started running a few metres in front of them and a few seconds faster than the target pace until around the km 25. I continued at about the target pace until the km 32, when the pacers overtook me. I then continued to follow a softer pace but found myself quite comfortable till the end, with a couple of kilometres taking longer due to stopping some seconds at the water and food supply posts. 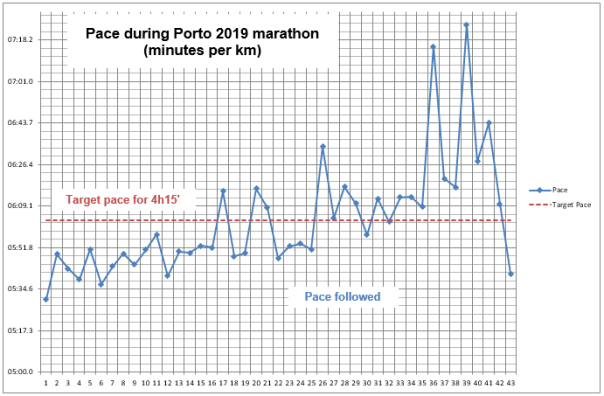 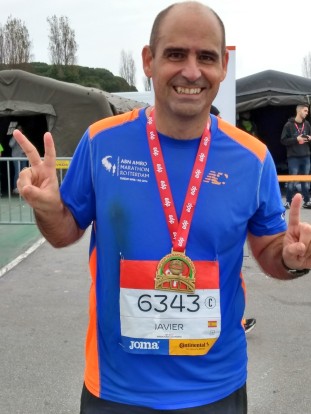 This marathon left me some memorable moments:

After crossing the finish line, I stayed in the park cheering fellow runners as they approached the last metres of their race while I waited for Juan and my brother. 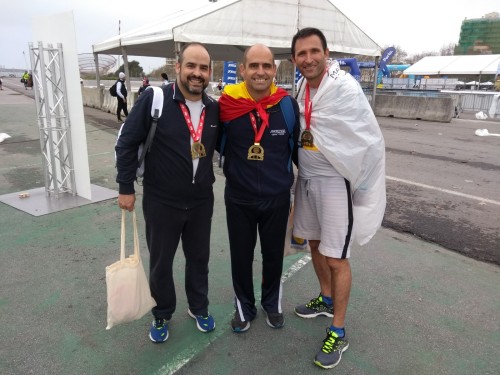