In this post I wanted to share the list of books I read along the year with a small comment for each one, the link to a post about the book in the blog (when applicable), links to Amazon (in case you want to get them) and to the authors. I have also included a small rating from one to three “+” depending on how much do I recommend its reading:

With the advent of the Internet, the email has become one of the main ways of communication both in personal and professional environments. I won’t deny the simplicity of conveying ideas, instructions, files, etc., in an email. However, I have often referred to emails as weapons of mass miscommunication.

What do I have in mind when I state that? Emails that need several clarifications, wrong interpretation of emails either or both in the spirit and the letter, emails that go unnoticed, emails that waste reading time of too many people, etc.

While reading “Seeking Wisdom: From Darwin to Munger”, by Peter Bevelin, I thought of another good weak point of emails when reflecting on the following passage on the disadvantages of scale in large institutions:

[…] as you get big, you get the bureaucracy. And with the bureaucracy comes the territoriality which is again grounded in human nature. And the incentives are perverse. For example, if you worked in AT&T in my day, it was a great bureaucracy. Who in the hell was really thinking about the shareholder or anything else? And in a bureaucracy, you think the work is done when it goes out of your in-basket into somebody else’s in-basket. But, of course, it isn’t. It’s not done until AT&T delivers what it’s supposed to deliver. […]

(excerpt from the Lecture by Charles T. Munger to the students of Professor Guilford Babcock at the University of Southern California School of Business on April 14, 1994)

Think back of emails and how often we may think that some piece of work is completed when we have clicked on the “Send” button. But it’s not. Not only the work might not be done, but the communication might not even have taken place even if we think so. And it will not happen until the receiver at the other end of the channel has gotten the message and gone through it. Then, the above-mentioned criticism to emails apply (unclear message, clarifications, wrong interpretations…). Thus, no matter how much effort it costs to us breaking the inertia and comfort of our quiet work place, it is much better to accompany an email with a quick immediate follow-up phone call ensuring that the communication actually happens and explaining what is expected from the receiver.

In courses about finance in the past, as part of job-related investment projections, for personal investments and as part of exercises related to posts in this blog I have discounted cash flows several times. Discounted? To those not initiated: it is about the time value of money.

Many course of finance start with the explanation of time value of money. You can find Wikipedia’s article here.

I recently came across the most descriptive and ancient (to my knowledge) explanation of the concept. 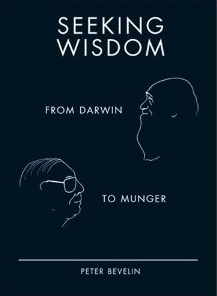 I found it while reading “Seeking Wisdom: From Darwin to Munger”, by Peter Bevelin, in which the author retrieved a passage from Warren Buffett’s 2000 Letter to the Shareholders of Berkshire Hathaway [PDF, 93KB, pg. 13]

Leaving aside tax factors, the formula we use for evaluating stocks and businesses is identical. Indeed, the formula for valuing all assets that are purchased for financial gain has been unchanged since it was first laid out by a very smart man in about 600 B.C. (though he wasn’t smart enough to know it was 600 B.C.).

The oracle was Aesop and his enduring, though somewhat incomplete, investment insight was “a bird in the hand is worth two in the bush.” To flesh out this principle, you must answer only three questions. How certain are you that there are indeed birds in the bush? When will they emerge and how many will there be? What is the risk-free interest rate (which we consider to be the yield on long-term U.S. bonds)? If you can answer these three questions, you will know the maximum value of the bush ¾ and the maximum number of the birds you now possess that should be offered for it. And, of course, don’t literally think birds. Think dollars.

Aesop’s investment axiom, thus expanded and converted into dollars, is immutable. It applies to outlays for farms, oil royalties, bonds, stocks, lottery tickets, and manufacturing plants. And neither the advent of the steam engine, the harnessing of electricity nor the creation of the automobile changed the formula one iota — nor will the Internet. Just insert the correct numbers, and you can rank the attractiveness of all possible uses of capital throughout the universe.