In this post I wanted to share the list of books I read along the year (1) with a small comment for each one and links to some Twitter threads where I shared some passages that caught my attention while reading the books. I have also included a small rating from one to three “+” depending on how much I do recommend its reading. 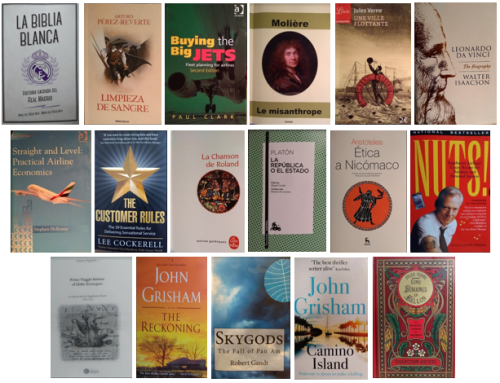 During this year, I have been able to read at a good pace during the first and last quarters (not so during the middle months while switching jobs and going through training) thanks to the rigorous approach following these two tips:

I wish you all very interesting reads in 2020!