In a previous post I wrote about the Titanic as an example of disaster of project management, drawing from a conference I attended.

At the end of the post I reminded the theory of safety in systems seen as layers of cheese with some holes in them. The speaker did not enter into risk management, but rather in communication, teamwork and leadership, nevertheless she acknowledged the side of risk management to the case. 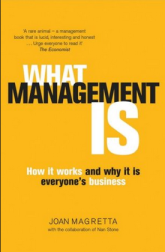 “What management is”, by Joan Magretta.

While reading the book “What management is”, by Joan Magretta, I recently came across the case of the Ford Pinto which I did not know:

In the 1970s, the Ford Pinto taught the nation the basics of cost-benefit analysis. The car had a design flaw in the gas tank that caused at least fifty-nine deaths. Rubber liners would have fixed the problem at a cost of $137 million. But careful calculations of the benefits – all costs associated with those burned and killed down to the flowers at the funeral – only added up to $49.5 million. Cost-benefit analysis said it just didn’t pay to redesign the Pinto. The lesson at the time seemed pretty clear, and many baby boomers grew up suspicious about management and its methods. […] (excerpt from “What management is”)

You may see in the article of the Wikipedia here more references to the case, including an apparently famous article at the time, “Pinto Madness”, which appeared in the Mother Jones magazine. Some excerpts from that article:

Because assembly-line machinery was already tooled when engineers found this defect, top Ford officials decided to manufacture the car anyway […]

For more than eight years afterwards, Ford successfully lobbied, with extraordinary vigor and some blatant lies, against a key government safety standard that would have forced the company to change the Pinto’s fire-prone gas tank. […]

Ford waited eight years because its internal “cost-benefit analysis,” which places a dollar value on human life, said it wasn’t profitable to make the changes sooner. […]

I place myself the same question again: Have we progressed since then?

And again: Today we like to think that yes. More requirements regarding safety are put into projects. Regulations are passed to ensure safety. Risk management is used as part of project management to ensure that the kind of decisions taken at the time of the Ford Pinto today they are taken without overlooking the risks behind them.

However, I wanted to remark this time the need and criticality of placing safety at the driving seat of cost-benefit analysis, of evaluating risks and mitigations, budget reductions, targets setting, etc. As Charles Munger uses to say all these frameworks and mental models together may create a lollapalloza effect, that is the confluence of incentives and biases acting together may result in the overlooking of serious risks which down the road (after the fact) would seem impossible to have been overlooked (as in the cases of the Titanic or the Ford Pinto).

I believe this takes the utmost importance especially in an industry like aerospace, where the words “safety first” cannot be just a phony industry mantra.