Kilkenny is a small town of about 24,000 inhabitants by the river Nore in the province of Leinster. The city is best known by its Castle, built by William Marshal, 1st Earl of Pembroke (Wales), at the turn of the XII to XIII centuries on the location of a previous fortification built by his father-in-law Richard de Clare, 2nd Earl of Pembroke (of the 1st earldom creation), better known as Strongbow, one of the leaders of the Norman invasion of Ireland in 1170. 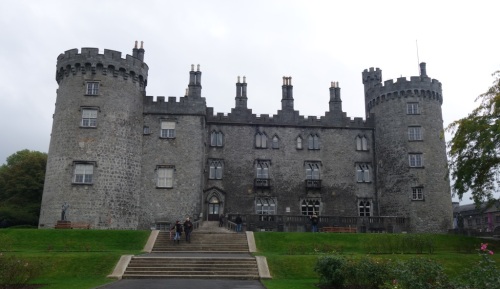 The castle was later purchased by James Butler (3rd Earl of Ormond) in 1391 and would be the Butler’s family main residence for the following 6 centuries, until they left it in 1935 and in 1967 was sold to the municipality for 50 pounds.

The castle went under a strong restoration which sought to re-build most of the rooms to what they would have looked like at some points in their history. Today, the castle is open for visits. At the basement, the foundations from the XIII are still visible; other than that, the castle resembles more a XIX century palace, with dining rooms, halls, a library, a “Chinese” room and the large picture gallery with its wooden ceiling, fire place with marble from Carrara, etc. 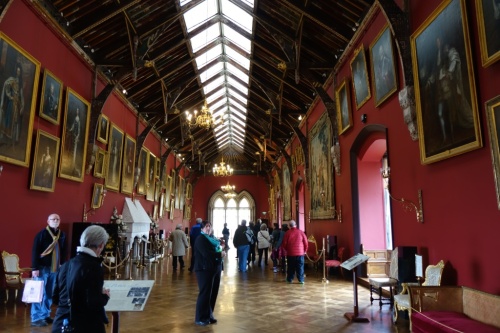 From the visit, I took the following takeaways more or less linked to Spain: 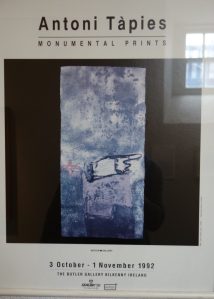 Other than the castle, another highlight of Kilkenny is St. Canice’s Cathedral, the second largest in Ireland, after St. Patrick’s in Dublin. It was built in the XIII century at the location where St. Canice had built a small monastery back in the VI century. The cathedral has a typically Irish round tower, with the uniqueness that this is one of the only two in the country that can be climbed to the top. 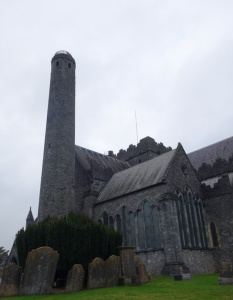 Some of the main attractions that can be found inside the cathedral are several tombs of the Butler family, an archive with the names of all the Irish who lost their lives in the World War I, or the stone throne of St. Kieran. 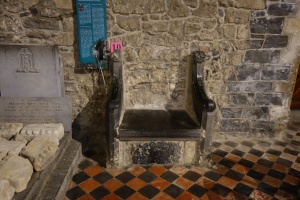 Kilkenny was as well for a decade, 1642-1652, the seat of the Irish Catholic Confederation, or the “Confederation of Kilkenny”, which following the Rebellion of 1641, established itself as a self-government, until the conquest of Ireland by Oliver Cromwell (1649-1653).

Stone marking the place were the Confederation Hall stood.

During the visit, after having walked through the lively High, Parliament and St. Kieran streets, I went to look for Tynan’s Bridge House, a pub established in 1703 where I wanted to have taken a beer. I found the pub, but closed.

… and talking about beer, it is in Kilkenny that the beer Smithwick’s is brewed and the brewery can be visited, though I didn’t. Smithwick’s was acquired by Guinness in 1965. We visited Guinness brewery in Dublin some days later (I may write about it one day), which is a giant museum but lacks the artisanal touch that I experienced when visiting Bowmore whisky distillery in Sctoland. I wonder whether at Smithwick’s that would have also been the case. 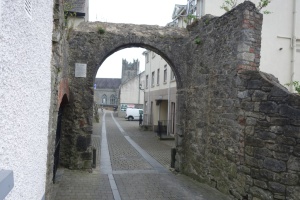