Since the birth of Andrea, there are some activities which are more difficult to undertake and plan, skiing being one of them. The last time we went skiing was in 2013.

The girls went this weekend to The Netherlands, so I took the opportunity to go skiing with the staff council skiing club. All my colleagues in the end dropped, so I would be going alone (meaning no known people among the half-loaded bus that took us to the resort).

The destination: Cauterets “Cirque du Lys”. It is a medium small resort in the Western part of the French Pyrenees. It has about 36 kilometres spread over 20 runs: 4 green, 7 blue and red, and two black. 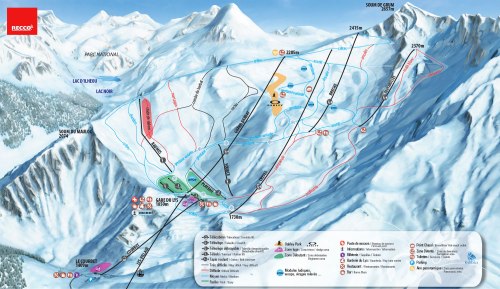 I first had to remember the basics, and re-teach myself a little bit skiing. I went all the way up of the Grand Barbat and descended by the different blues: Aconit, Gentiane, Cretes… I didn’t enjoy much this last one, being a narrow corridor from top to the bottom, however the views from it were stunning: 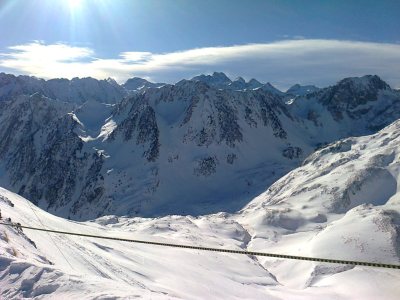 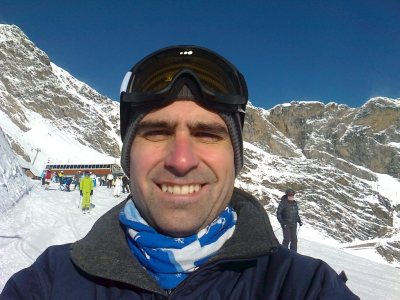 Skiing version of self.

Once I got confident again with the skiing, I was curious on measuring the speed. For that purpose I had brought my Garmin watch. See below the track I recorded (starting from Cretes and diverting to Dryade) and the speed profile, and here the complete record. 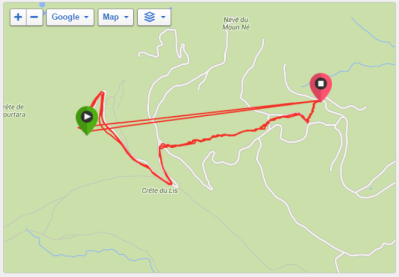 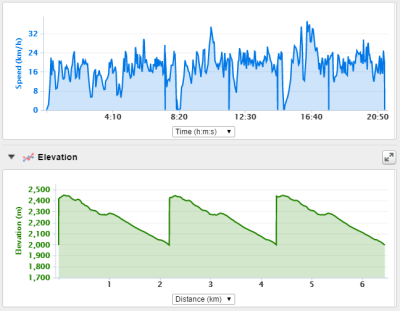 As you can see I was not descending that fast (maximum speeds just over 37km/h), but I went improving times with each descent, so at one point I decided not to measure any more and avoid taking risks at less than a month away from our next marathon.

At the end of the day I tried out a couple of the red runs: Malh Blanc and Ancolie, and it went well. Sometimes the border between blue and red is not so clear. Nevertheless, I did not want to take any risks and preferred enjoying more fluent descents so I kept myself to the blues.

Looking forward to the next opportunity!