Airflow around an airfoil (image from the Wikipedia, by Kraainnest).

As the speed above the wing is much higher, the difference in the pressure is mainly due to the lower pressure in the extrados. This can be seen in the following picture:

Pressure coefficient around an airfoil (by the Aircraft Aerodynamics and Design Group, Stanford University).

However, how could we see that in a real flight?

In commercial planes, of which wing skin is made of aluminium alloys this is not easily seen.

Two weeks ago, after my flight lesson was finished, I sat at the back of the plane to come back to Toulouse while my colleague had his lesson. It was then that I saw the image I captured in the following picture: 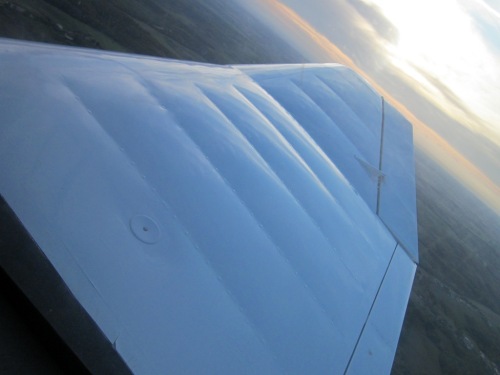 The aircraft we fly in our training lessons is a small Robin DR 400; a wooden aircraft of which wing skins are made of cloth. Not any cloth, but a type of polyester (PET) commonly used to build sailcloth, produced by Dupont and named Dacron. The surface is then lacquered with a polyurethane paint. 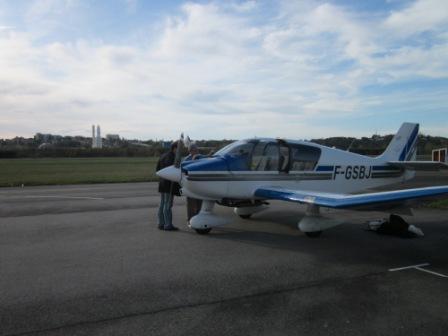 The air within the wing is at a higher pressure than the air in the extrados, and you can see how it expands and pushes up the cloth skin of the wing as you can see in the picture above.

You may see below the same wing on ground. Though the picture is of a lower quality, you can see that in this case the wing doesn’t look “inflated”. 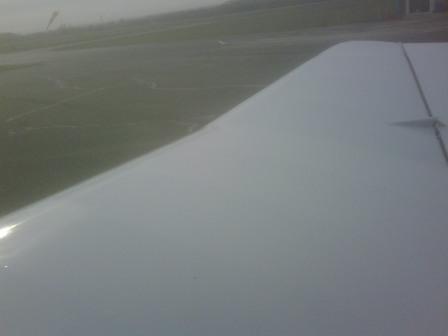