One of the most recognizable features of the Airbus industrial system, with factories in different countries, mainly in Germany, Spain, United Kingdom and France, where the main components and the aircraft are assembled, is the transportation of those components by the iconic A300-600ST Beluga aircraft.

However, as most of the A380 components are too big to be carried onboard of the Beluga, a special transportation system was required to be put in place. It included transportation of the bigger components from the plants in Hamburg, Broughton, Saint-Nazaire and Cadiz by ship to the port of Paulliac, close to Bordeaux. From there, they travel by barge up the river Garonne to Langon. Then they are mounted on special purpose trucks to travel the road from Langon to the final assembly plant near Toulouse.

Ever since I came to work to Toulouse nine years ago, I had wanted to go and see one night the A380 transport convoy on the road. I kept postponing it, until last month. Airbus announced in early 2019 that the A380 programme would come to a close with the last aircraft to be delivered somewhere in 2021. Therefore, not many such transports were left to be seen.

Fortunately there is a public website with all the information required to prepare the visit: Itinéraire à Grand Gabarit. It includes: maps of the route that is followed, a yearly calendar with the days in which the transport will take place, a detailed schedule with the time slot in which the transport will pass by the different villages along the route and support documentation. 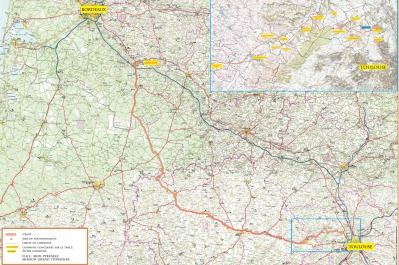 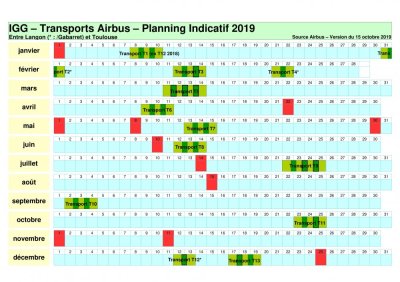 I then followed part of the route with the convoy, seeing how the team removed sign posts along the way and marked some points as reference for the truck drivers.

Then I drove to Lévignac, a village where the pass is rather tight and slow. At Lévignac I found a group of about a dozen enthusiasts dressed in yellow vests who come to see every single convoy since years ago out of pure pleasure of watching such a magnificent sight.

The convoy arrives at Lévignac at 2:23am and normally takes 12 minutes to pass by (see the detailed schedule above), but this time there were many cars parked in the streets which needed to be displaced: either by the tow truck or pushed by hand. Careful measurements were taken by the operators to ensure the convoy would pass. 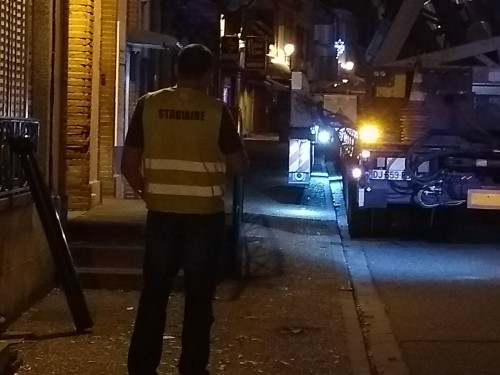 With all the checks properly done and cars removed, we enjoyed the slow pass of the 6 trucks: 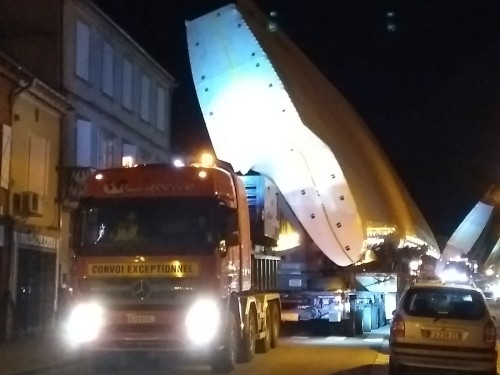 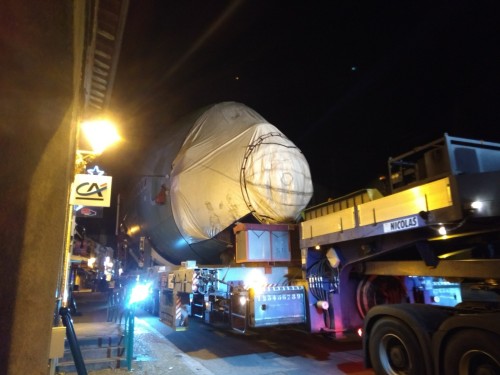 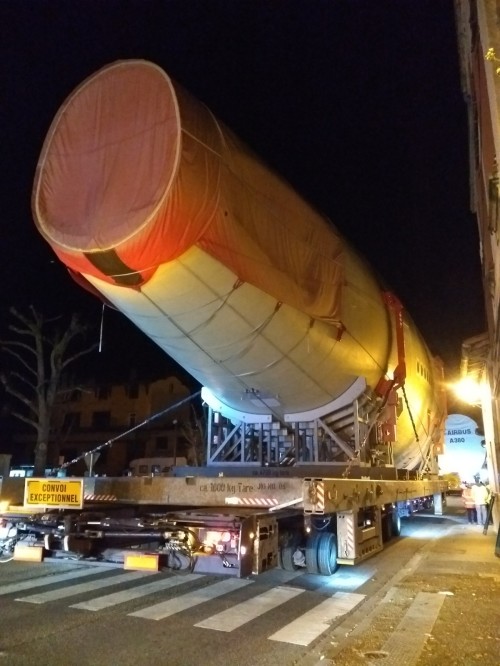 I got to see the convoy of MSN (manufacturer serial number) 270, an Emirates aircraft. There will be just two more aircraft to be built after that one, MSNs 271 and 272, with their respective convoys, which dates remain to be announced in the above-mentioned website at the time of writing this post. If you have the chance, do not miss it!