I guess that all these changes didn’t give me the stability needed to fulfil all the objectives I had set myself at the beginning of the year… but don’t think 2012 wasn’t rich of events and fun. Have a seat in the roller coaster and run with me:

Sports. I wanted to do plenty of sports… in the end I run some 1,500 kilometres. I competed in 9 races, including tonight’s San Silvestre and two marathons: Paris and Berlin. I set personal best times in marathon (Paris, 3h45′) and 10k. I was not able to do so in half marathon due to an injury in the summer. Injuries forced me to run some 300 kilometres less than in 2011.

The year 2012 caught me running in Toulouse, Paris, Berlin, Torrelodones, Madrid, Sevilla, Rijswick, Papendal, Huelva, Asturias, Gaillac… so in a way it was also a year on the run. I also played some paddle, swam some days (including at North Sea, latitude 58º…) and got started with golf!

Learning. This year was also heavy on the learning side. It could have been much heavier if I had reached all my objectives. On the job I had to learn a great deal about configuration management in Airbus and will have to continue to do so, about leading and managing teams, about A400M aircraft systems…

Off of the job:

Reading. At the beginning of the year I wanted to read at least 15 books. I started well, but in the end I have finished just 10 while being half way through other 4. Check out “my 2012 reading list“, including just the finished ones.

Investing & helping others. I again set myself high objectives for saving and investing. This year however, the engagement changed the focus of the savings: from stock market to a preference for cash, at least until all the wedding expenses have been paid out. On the charities side: this year I directed 0.9% of my net income to different NGOs (soon I’ll make a similar contribution, check out which ones will I support this time).

Travelling. This year either with Luca, with friends or alone, I visited Monaco (flying aboard a helicopter again!), Seychelles (where I proposed to Luca!), Asturias (twice), Huelva, The Netherlands (Papendal, Rijswick), Berlin – Nürnberg – Munich, Sevilla (twice), Madrid, Scotland, Corsica, Nancy, Geneva… those were the leisure trips; the job made me go to Madrid another 20-25 times (?), that made it tiresome and difficult to combine with other things.

Javi 2.0. For another year I kept it up with the blog. I recently reached 300 posts. I’m not sure whether I’ll always write about 100 posts per year, but if life keeps getting more interesting and I’ve got the time, count on it.

Flying back from Corsica.

Flying. Last year I took on flying lessons. I was slower in this front that had wished to, though it wasn’t always easy to find time slots to fly with so many trips on weekends. I recently surpassed 20 flight hours and started with go-arounds in the airport. Without any doubt, the trip to Corsica with a colleague was the best flying experience of the year. I’ll hopefully start with solo flights at the beginning of 2013 (beware!).

Other reasons for joy…

Now it’s time to rest, celebrate and soon to update the objectives setting for 2013. I believe I’ll give myself a more relaxed set of personal goals to cope with job changes, personal changes and else. One thing I am sure of: 2013 will be, again, the best year of my life!

(1) This post is becoming a classic of the blog (like those talking about aircraft discounts, best and worst posts, charities I support, etc). You can see my 2010 and 2011 recaps.

Some of you already know it, to the rest: Luca and I are engaged. 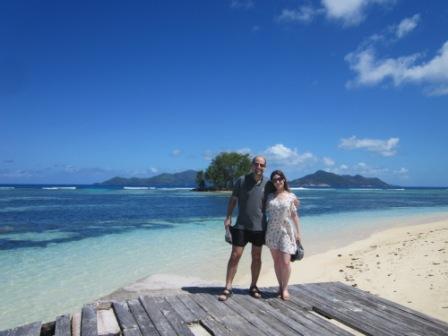 The wedding is foreseen sometime in the Spring 2013. News will follow.

Go and get married…

Second thought: weddings cost money, lots of money. And they do not only cost money but produce many exchanges of cash from one side to another: Buying dresses, rental of suits, nuptial cakes, rental of luxury cars, hotel rooms and saloon, expensive menus, free drinks, buses back and forth for the invitees, professional photographers, flowers, hundreds of haircuts, long lists of gifts from El Corte Ingles, honey moon trip to Bali, musicians (with the corresponding cannon to SGAE, it couldn’t be otherwise…), a voluntary donation to the church…

The Federación de Usuarios-Consumidores Independientes (FUCI) releases every year a study of the cost of a wedding per region and how much each item is costing. The latest study dates back from 2009.

From the study we learn that in 2009 a wedding cost around 18,380 euros on average. They were most expensive in Madrid, and the average cost had decreased 11% from 2008.

The study takes into account the expenses incurred by the ones organising the wedding. Can we assume that those attending it will incur in as many costs in gifts, haircuts, cleaning of suits, hotel rooms, transport, etc…? (This hypothesis comes from the not written rule which states that presents should aim to account at least for the same value of the menu which is ~50% of the cost incurred by spouses-to-be, the main assumption is in the other costs incurred by invitees -transport, hotel…). If so, let’s settle the turnover of a wedding in 35,000 euros.

Now the math is already there: this industry generated in 2008 around 7,000 million euros. Is this much? The same year aerospace industry in Spain had a consolidated turnover of 5,577 million euros. So the wedding sector weighs 25% more than the aerospace sector in Spain or around 0.7% of Spanish GDP (let me not enter in this post in the discussion of the value added of the sector… I still want to get invited to those weddings).

In line with the recent campaign “esto solo lo arreglamos entre todos”, my contribution: please encourage marriages and do get married!

I have a good friend who used to be quite against marriage. I hope this may help turning his opinion. 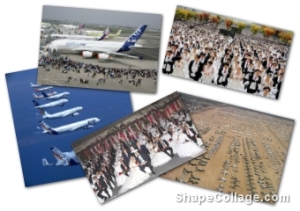