Now that the 2016 Olympic Games of Rio de Janeiro have finished, I wanted to update and share here in the blog a couple of tables I produced a few days ago comparing the medal count per country and the ratios of such medal count in relation to the population and the size of the economy of each country.

To start with, find here the official medal count, which is ordered taking into account which national olympic committee has obtained the most gold medals, then most silver medals and finally most bronze medals (and not by the total tally). 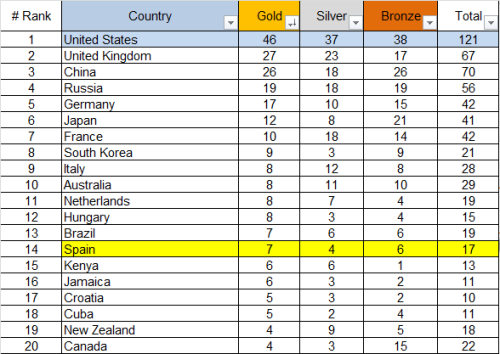 In the table I have only included the top 20 countries, but you can find here the complete list. There are 86 nations that have collected medals in the Games. This means that over a hundred nations have not collected a single medal.

Without doubt the most dominant nation in the Olympics has been the United States with 121 medals won, 46 of them of gold. That is over 50 more medals than China or the United Kingdom.

However, the United States has a population of about 5 times that of the United Kingdom, therefore the pool of talent where to search for olympians is much larger. This allows me to introduce the first ratio: Population / medal. I collected the figures of population from the Wikipedia (here). Find a table below with the results: 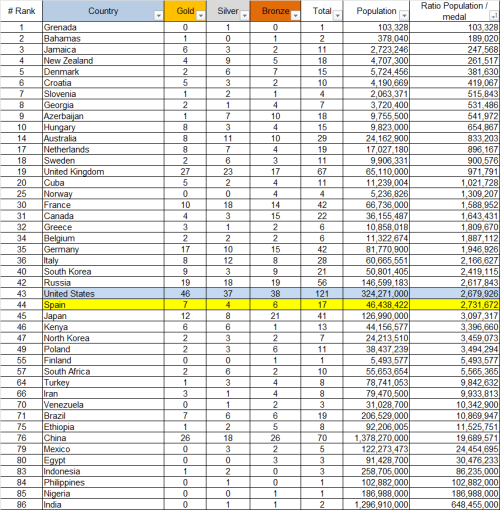 As there are few developed countries at the bottom of the list I thought of producing a similar ranking but with the ratio “gross domestic product (GDP)” / medal. The guiding thought is that the larger the size of the economy of a given country the more resources it will have to recruit sportive talent, to train it, to send it to international competitions, to build sport infrastructures, etc. (1) (2) I collected the figures of GDP from the Wikipedia (here; the source for most of the figures is the International Monetary Fund whereas for about 5 of them is the World Bank). Find a table below with the results: 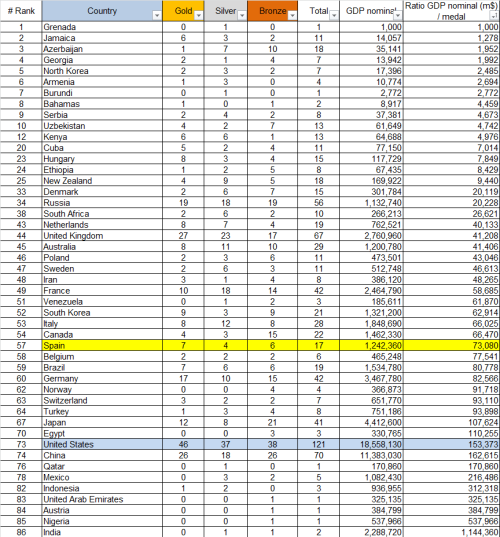 The table shows a similar selection of ~45 countries not the complete list of 86. Find such complete list at the bottom of the post and find your country. These countries help me to make the following remarks:

Another discussion would be whether in itself it is indeed important or not to collect medals at the Olympic Games but that discussion is out of the scope of this post.

(1) I used GDP and not GDP per capita with the idea the GDP per capita would be more linked to the overall sports habits and fitness level of the nation, but the number of athletes that can be sent to the olympics is limited, thus GDP would show by itself whether the size of the economy of a given country would work efficiently in finding that talent and bringing it to the level required to win medals at the olympics.

(2) I used nominal GDP instead of “purchasing power parity” figures with the idea that sport talent of olympic worth needs to be trained and tested in several international events along the year, thus comparing the more local PPP figures wouldn’t do. 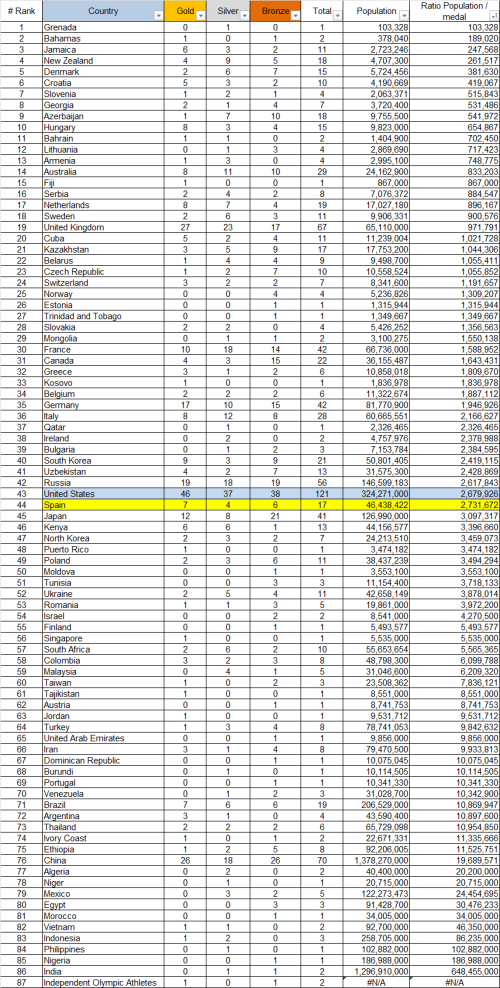 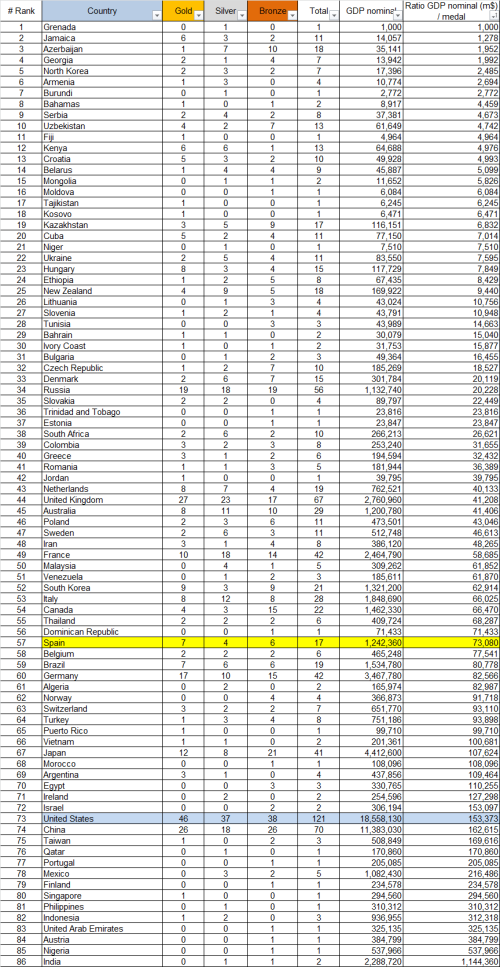