Last Sunday, yet again, we took one of the aeroclub’s DR-400 airplanes to make another family flight excursion.

On the occasion of the previous excursion, last week, I introduced the phares aéronautiques, i.e., aeronautic lighthouses that were set up in 1920s to allow night flight navigation for l’Aéropostale courriers. Last week we spotted a couple of them to the South East of Toulouse. This time, we wanted to spot a couple of them to the North West of Toulouse, on the way to Bordeaux, in the villages of Canals and Malause.

Last week, we prepared quite well the spotting, checking in Google maps different views of what we would try to see from the airplane so that we could easily recognise them. This time, we prepared less, just marking a cross in the map with the approximate location of the phares and hoping that we would identify the lighthouses on the ground.

Well, the task proved as difficult as finding a needle in a haystack. We missed the phare of Canals in the first leg. We then continued over flying the Canal Lateral up to the water slop of Montech (1).

The navigation of this flight was rather simple, as once over the Canal Lateral we kept flying over it northward up to the Pont-Canal to the East of Moissac (2). 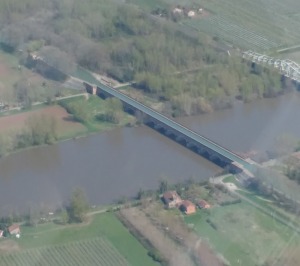 We then flew along the river Tarn until it flows into the Garonne and then the Garonne until Malause. We then knew that the phare would be to the North of the river, the canal, the railway and a secondary road. See it below.

If you haven’t been able to spot it, it’s OK. You’re not the only one. We didn’t spot it at first sight. We flew in circle to have a second chance. I reduced the speed from 190 km/h to 150 km/h, to see if at a slower speed we would see it better.

Saw it already? Not yet? Don’t worry, I didn’t either. But you see, I was at the controls, at the left side of the cockpit. But you… you have here a frozen picture, you’ve got no excuse not to see it. In fact, you’ve got the picture because Luca is starting to be a hell of a spotter.

Once at home, I researched a little bit and found this local website about the phare (in French), with a couple of pictures, some data, history of these phares and a nice chart from 1932. It explains that the lighthouses started to be built in 1923 and that by 1932 there were 140 of them across France. This one at Malause was operated by the family Jolly until 1948/1949. 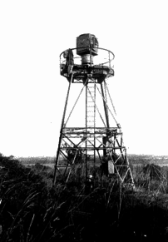 On the way back to the aerodrome of Toulouse-Lasbordes we passed by Moissac and Montech again and failed to spot the lighthouse of Canals again. Next time.

Finally, see below the navigation chart with the route followed marked on it. The total engine running time of the excursion: 1h15′.

(1) See here a post in which I described the concept of the water slope and a post about another flight excursion in which we took some more pictures of it.

(2) See a post about another flight excursion in which we took some more pictures of it.

Flight excursion to Rocamadour and Saint Cirq Lapopie, via Montech and Moissac

Rocamadour is a small village built in the gorges of a tributary to the Dordogne river. Several of its houses, churches and shops are partially built within the rocks. With about 500 inhabitants it receives 1.5 million of visitors per year, making it one of the most visited places in France and a major attraction for pilgrims, who among other things come to see a black Madonna in a chapel in the rock carved by Saint Amadour, hence the name of the village.

On the way to Rocamdour, flying from Toulouse there is Saint Cirq Lapopie, a small village built on a cliff over the river Lot. Both Rocamadour and Saint Cirq Lapopie are two of the most beautiful villages in the Midi-Pyrénées region and an obvious destination for an excursion, on the ground (which we did years ago) and flying.

Last Saturday, my father in-law and I booked a plane (a DR-400-120) at about 14:10 to fly over those places. In the way we would fly over Montech, to see the “Pente d’eau” from the sky (1), and Moissac, to see the Pont-Canal du Cacor, a bridge over the river Tarn made to allow the canal Lateral (an extension to the canal du Midi) to continue its course towards Bordeaux. 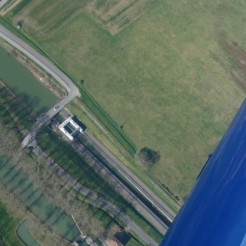 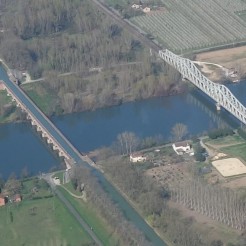 The flight would be over 175 nautical miles (over 320 km) and would last almost 2 hours with the integration to the aerodrome circuit, though in the end we spent 2 hours and 10 minutes with the rounds we made around the different spots. The navigation went rather well with no other help than the chart, compass, heading indicator and VOR (no GPS nor tablets). We had some doubts at a couple of points but we quickly found ourselves, once with the help of the controller. 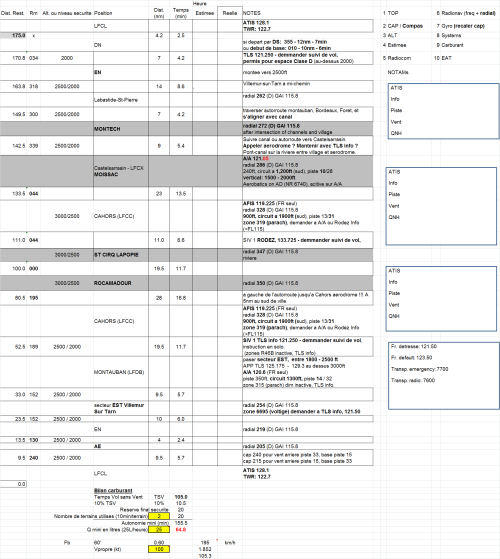 This was the first flight in which we used the GoPRO video camera that I got last Christmas together with the suction pad to stick it to the windshield. With it we were able to have over 90 minutes of videos recorded that I have tried to shorten into the following 7 minutes:

In the chart below you can see the route we followed: departure from Toulouse-Lasbordes (East of Toulouse), waypoint EN, Labastide-St. Pierre, Montech (South West of Montauban), Moissac (West of Castelsarrasin aerodrome), St.Cirq Lapopie (via Cahors) and Rocamadour (North West of Figeac).

Lastly, some pictures with the images of both villages and the flight log as used after the flight. 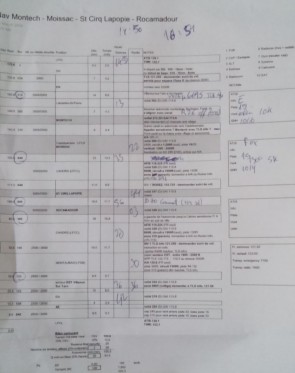